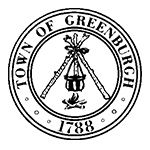 EMERGENCY ALERT Town Hall closed to public- state of emergency declared Read On... The Assessment Department is closed to the public Read On...

The idea of a public civil police force originated in England in the eighteenth century. The concept came into being as a means of protecting that nations’ industrial centers, especially London, that were threatened by riots, disorders and crime and as an alternative to the use of military personnel, that were generally employed to put down riots. For a hundred years, the English sought to create a police system that would reflect the democratic values of the country.

Sir Robert Peel is credited with forming the first metropolitan police force in London in 1828. His officers were affectionately known as "bobbies" and their task was to keep the peace by peaceful means. This duty would eventually lead to the police also being referred to as "peace" officers, a designation that survives today and is actually a defined term in New York State law. 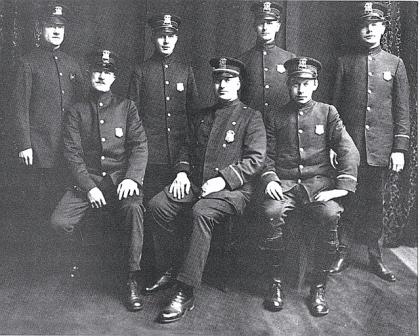 The lowest ranking police officers were called constables and the City of London was divided into beats with constables providing a day and night patrol. In fact, the acronym COP, by which modern day police officers are referred, is derived from the reference Constable On Patrol. Detectives were not made a part of the London police force until the year 1843.

Appearing in the United States

Police departments began to appear in the United States between 1840 and 1860. The concept of policing in the U.S. was based on the English idea. Our police forces were organized on a quasi-military basis (meaning they had a rank structure similar to the military, although not exactly parallel to it), they wore uniforms, patrolled the streets 24 hours per day, embodied Peel’s concept of "peace" officers and their job was to prevent and investigate crime and prevent disorder. In American police departments, all operations were at first handled by the beat officer.

Gradually, the need for specialization became more apparent and detectives were added. The Boston Police Department, for example, was formed in 1854. At its inception it consisted of 250 police officers, six of which were attached to the chief’s office, and 5 detectives.

Prior to the 1930s, police officers in the United States received their orders from local politicians who also appointed them. Obviously, this led to a great deal of corruption and misuse of the police. However, beginning in the 1930s, United States police began to endorse the idea that they were enforcers of the criminal law and should not be subject to the whims of local politicians.

It was during this time that the law, especially the criminal law became the primary source of police authority. Since that time, police departments across the country have become increasingly more specialized, depending more and more on scientific methods of police investigation.